The Anatomy of a Piano 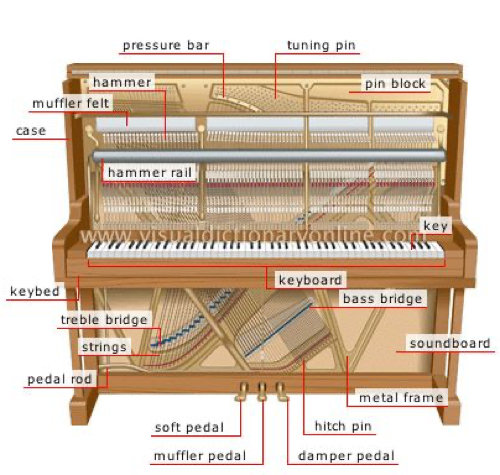 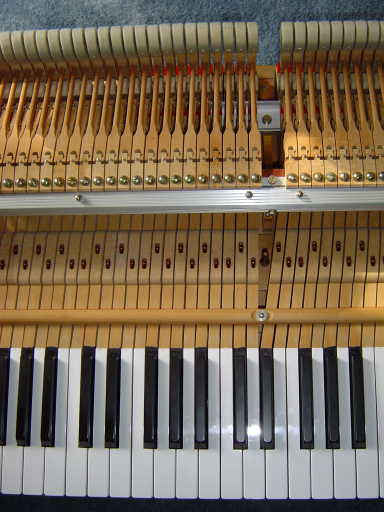 THE ANATOMY OF THE PIANO
&  Other instruments

Robert Mutero (Uncle Rob) was born and educated in Lubumbashi in Katanga Province in DR Congo. He is an artist, a teacher, a humanitarian, a missionary, a farmer and a change catalyst.
His passion for music stirred from the age of 8 when he joined the Catholic Church choir and learned how to play the harmonium. His deep and enduring interest in the guitar was born when a hand-made three string African “banjo” found its way into his eager hands. A Spanish priest arrived in Lubumbashi with an acoustic guitar and an offer to teach all who were interested. Not only did the young Robert get to hold a Spanish guitar for the first time but in no time at all he was playing the guitar like a professional. By the time he was 16, the Church agreed to buy a full set of amplified instruments, including a drum kit, and the young musicians were a popular choice for functions and events. Ready to embrace life as a professional musician, in the late 60’s Robert moved to neighboring Zambia and continued to hone his skills. In 1980 one month after independence Robert moved to Zimbabwe with a five-piece band. They played at various clubs and restaurants eventually becoming the resident band at the then Bulawayo Sun Hotel. During this time Robert enrolled to study at the Bulawayo Royal Academy of Music. A chance to tour across Africa’s great lake districts followed and Robert added Burundi, Rwanda, Tanzania, Botswana and the greater DR Congo to his African CV.
Christian – gospel – music came to the fore when he honored a call to serve his Church following a rediscovery of Christianity. This journey saw him performing in Australia in 1997 and 1998. In 1999 the same calling saw him relocating to South Africa as a missionary with his wife and four children. Included in his responsibility is training church choirs, giving music lessons and offering tuition to individuals within the community. He runs a non-profit organization called “The Children in Harmony” in Lanseria.  These are under-resourced children between the ages of 8 and 17 from the surrounding communities. He stirs their passion for music, he encourages them to keep off the streets and to avoid deviance and drugs. He preaches love, acceptance and tolerance. He encourages them to raise their voices against xenophobia when it rears its head. He, no doubt, sees a reflection of himself as an 8-year old boy strumming a 3-string African Banjo, decades ago, in a town called Lubumbashi.
Uncle Rob spends hours lavishing care on the NSA pianos.

Musician and piano tuner Robert Mutero (Uncle Robz) takes a closer look at the piano and how the sound is generated. He will be joined by a penny whistler and a guitarist who will, in turn, look at how wind and string instruments work.