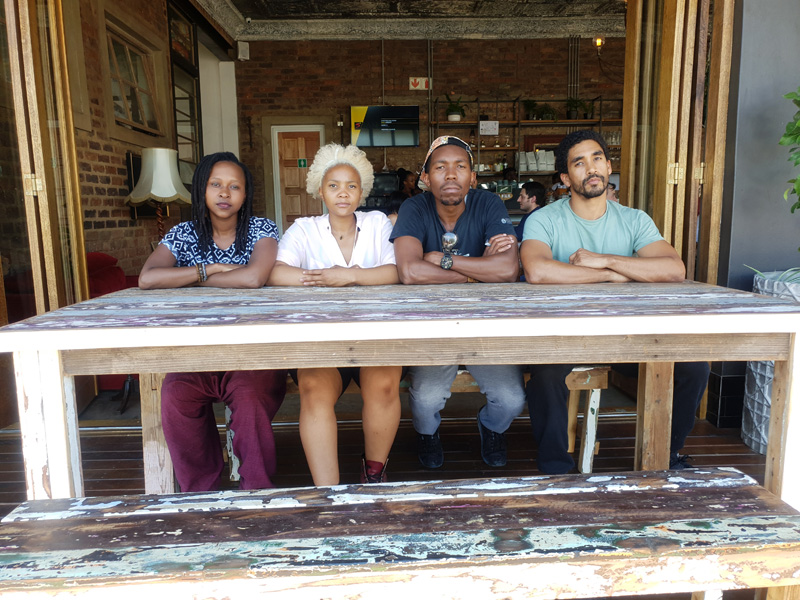 Our Earth is in trouble. Indigenous people across the globe have known this, better than most, for decades. Tens of thousands of scientists from all walks of life agree that Climate Change is happening right now. The planet is entering a period of unprecedented human-induced global warming, with the highest and lowest temperatures ever recorded hitting the news. We are facing a future defined by civil unrest fuelled by unpredictable weather patterns that bring with them super storms, floods, rising sea levels, drought, food and water shortages and climate refugees. If we humans continue on our ecologically destructive path, catastrophic climate change will signal the end of our way of life. Given this fatalistic picture, it is easy to see why young people are so angry right now. They are set to inherit an apocalyptic future which they neither caused nor asked for. On top of this, they are also expected to fix the problem, and stay ever hopeful while doing so.

With elements of Hip Hop, Spoken Word, movement and song, ‘Burning Rebellion’ is an ecological protest poem that gives voice to a profound sense of injustice, a rightful rage, and a fear of what is to come. From the next generation, the plea is simple: Governments! Politicians! Big Business! ‘Grown Ups’! Let’s fix this mess. Before it is too late.

‘Burning Rebellion’ is the third and final production in award-winning Well Worn Theatre Company’s touring play programme. The project is made possible by a generous grant from the National Lotteries Commission. ‘Burning Rebellion’ is aimed at Grade 12 learners and will premiere at The National School of The Arts Festival in March 2019. Following this, the production commences a nationwide school’s tour. To secure a performance at your school, please contact Kyla on wellworntheatre@gmail.com to request a booking form.