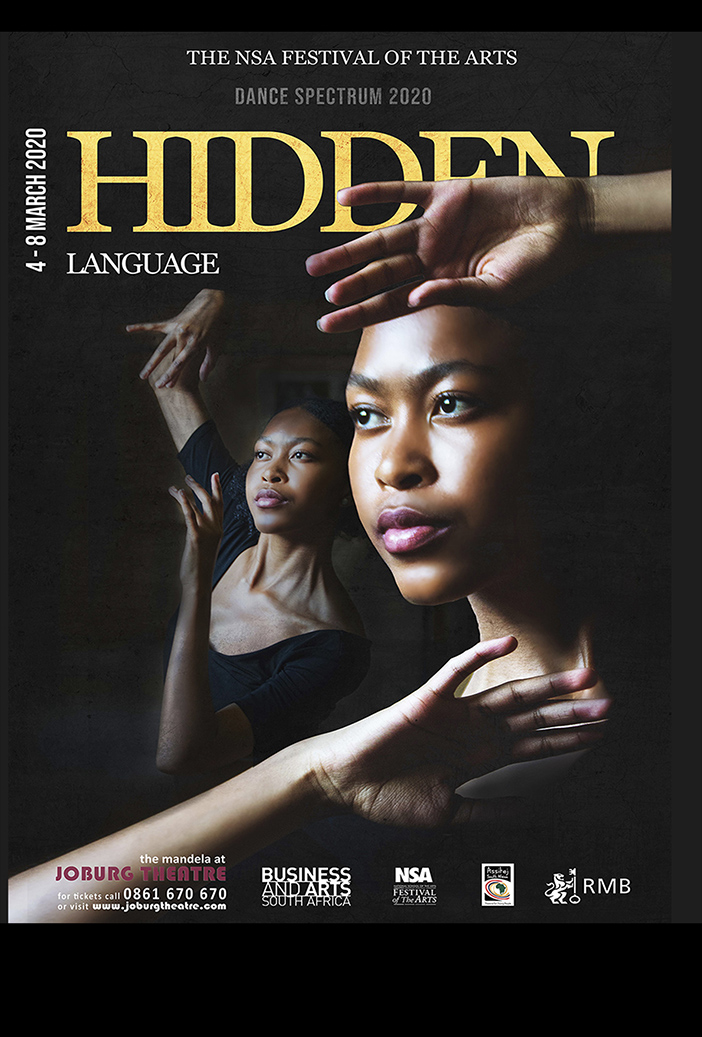 “Dance is the Hidden Language of the soul.” Martha Graham.

Martha Graham’s evocative quote is the creative springboard for the National School of the Arts Dance production, Hidden Language. Delving into the learners’ biographies, through the simple question – what does dance mean to you – the stage is set for Hidden Language, a flagship production of the NSA’s popular multi-genre Festival of the Arts.

Helping to find the Hidden Language are celebrated professionals Sean Bovim and Mandla Sunnyboy Motau Ntuli. Bovim is re-staging his 2007 neo-classical work Tanzanite Ten and Sunnyboy Motau, from Moving Into Dance is creating a new work on the young NSA dancers. They will be working alongside the NSA’s Gillian Bonegio (Spanish), Laura Cameron (Contemporary), Heather Dreyer (Neo-classical), and Yusuf Thomas (Contemporary). Top student choreographers from 2019; Hannah Dludla(grade 10), and Ashley Magutshwa (Grade 11) also have their work featured in the line-up.

Hidden Language runs at an hour.

The NSA Festival of the Arts is in its 19th Year. This 5-day celebration of performing and visual arts provides a showcase for the work of The National School of the Arts – South Africa’s Leading School of Specialisation on Performing and Creative Arts – within a programme that also features professional productions, workshops, master-classes, exhibitions, and installations. 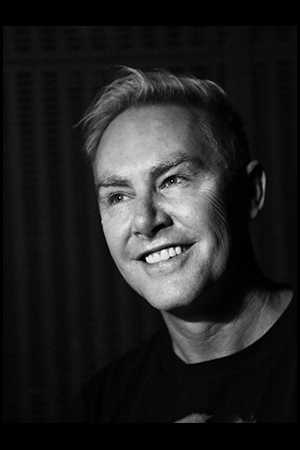 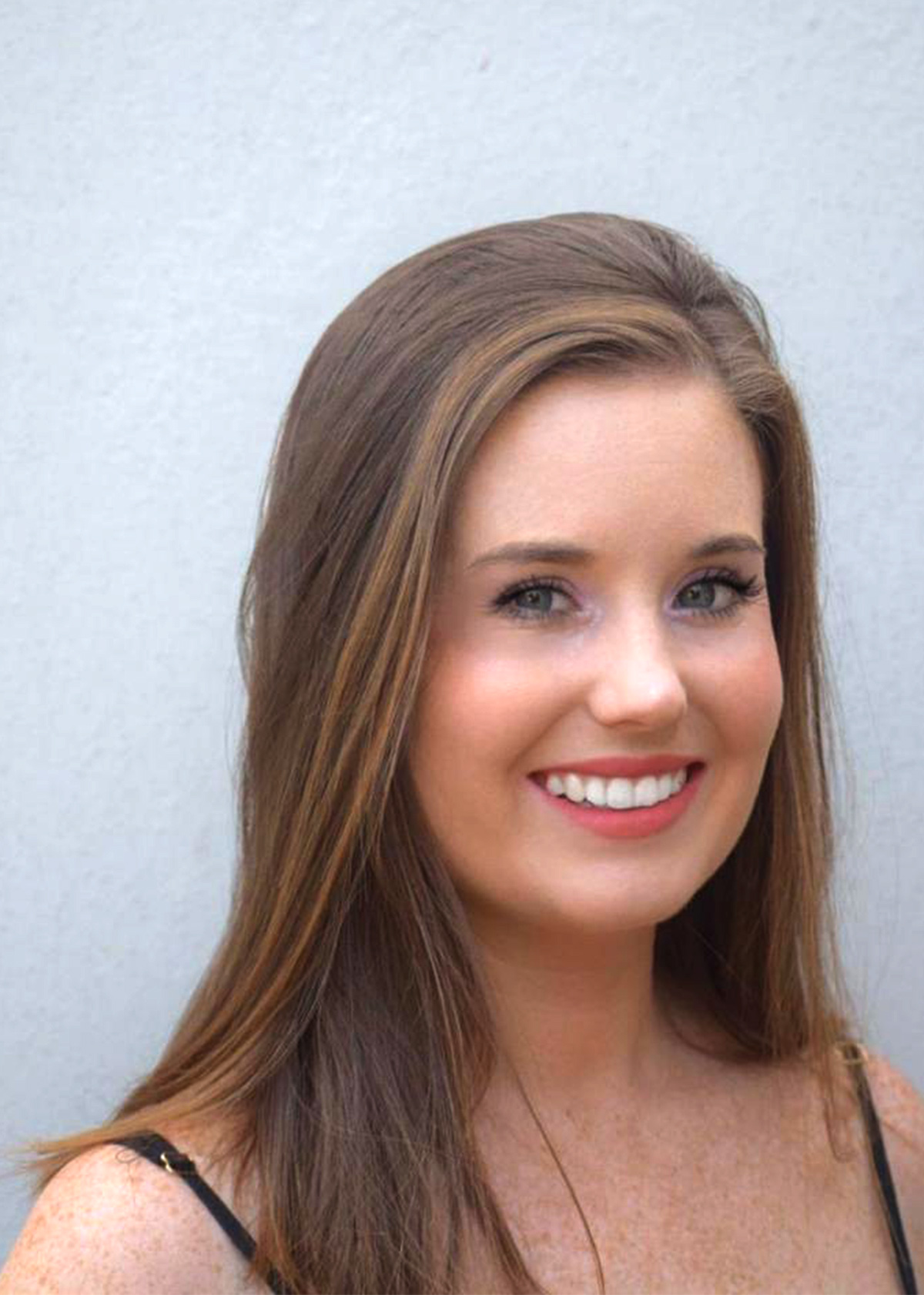 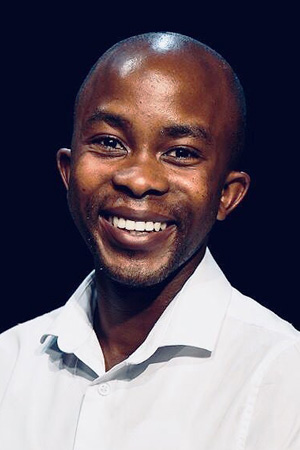 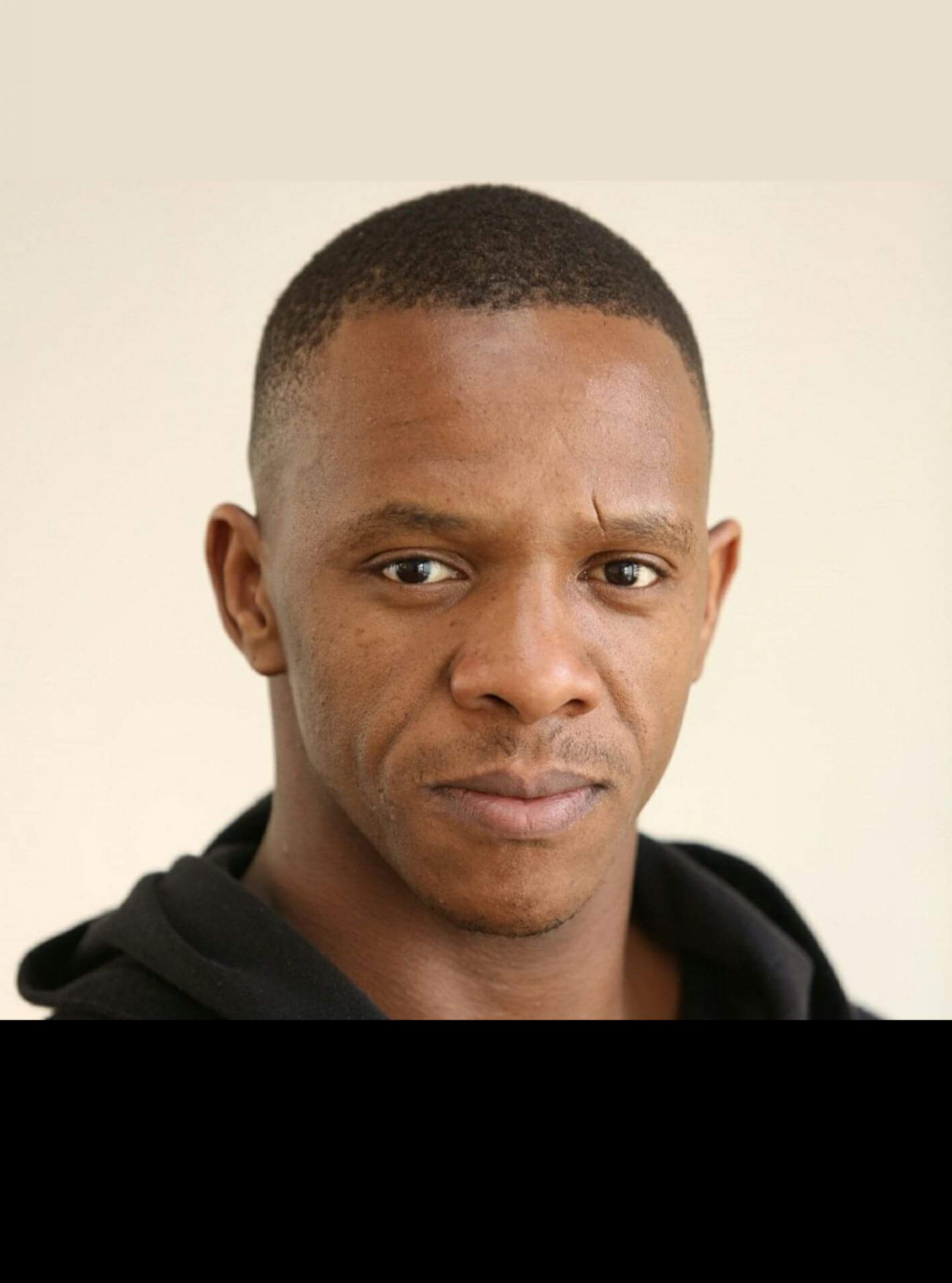 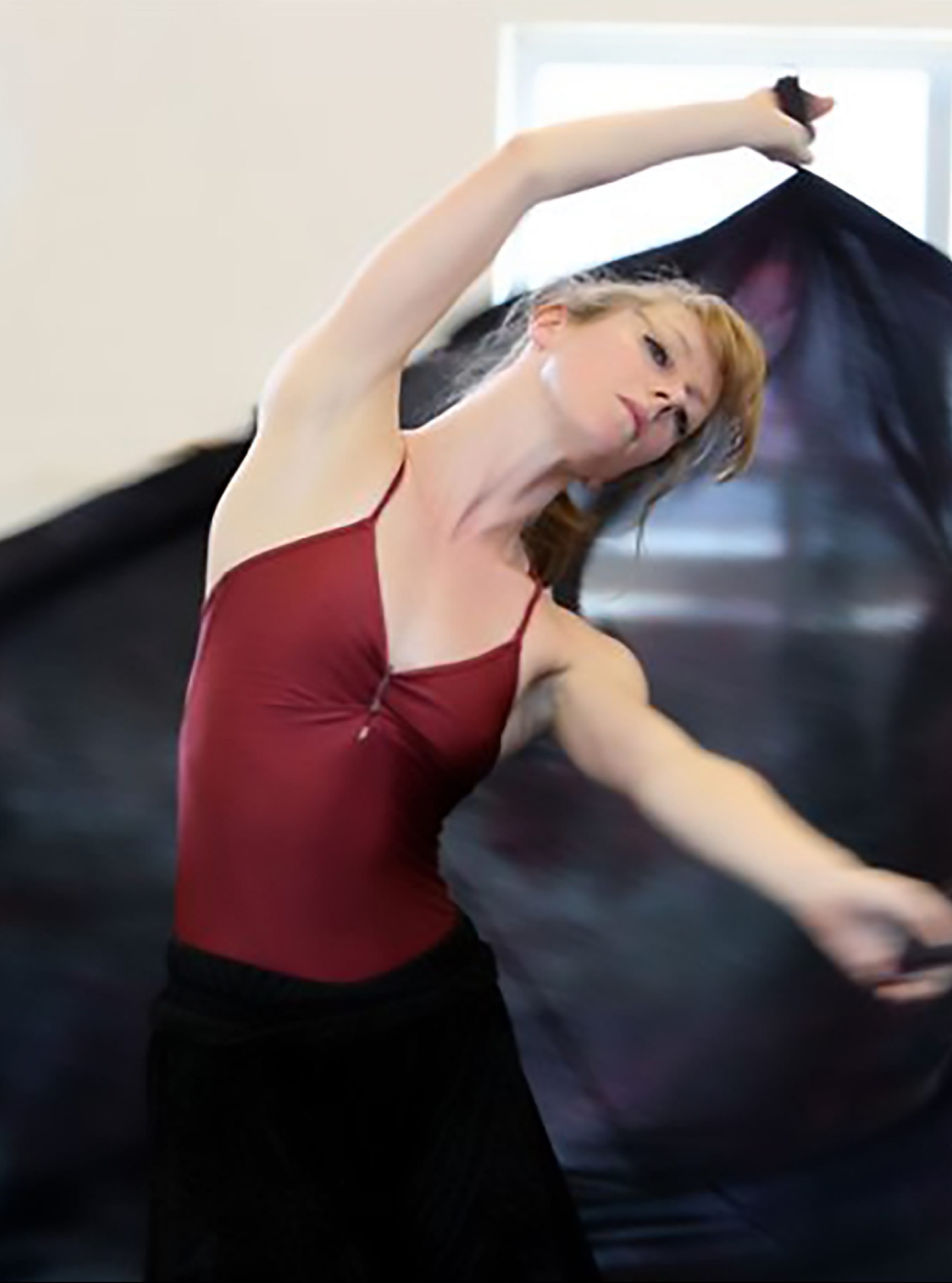 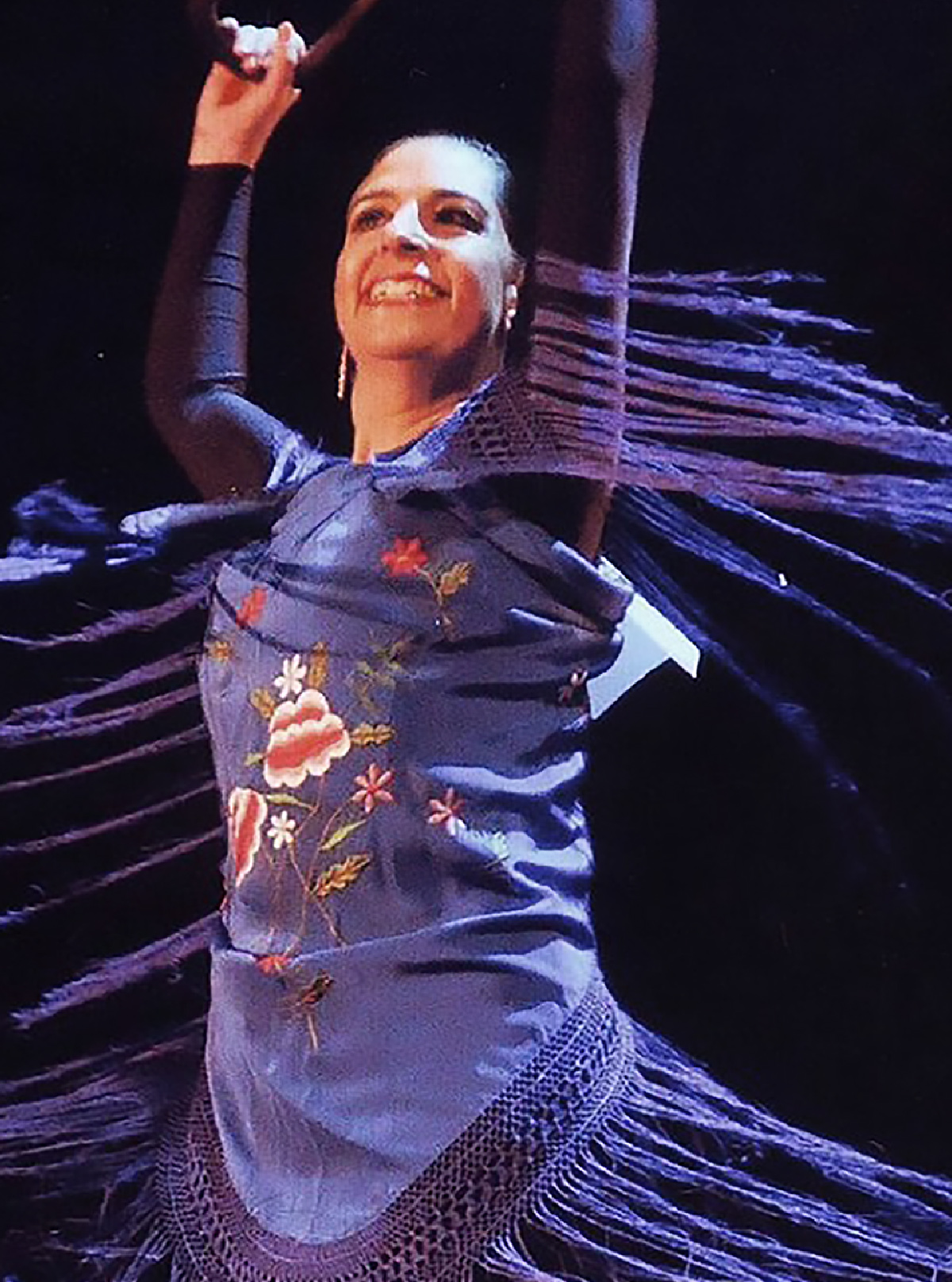 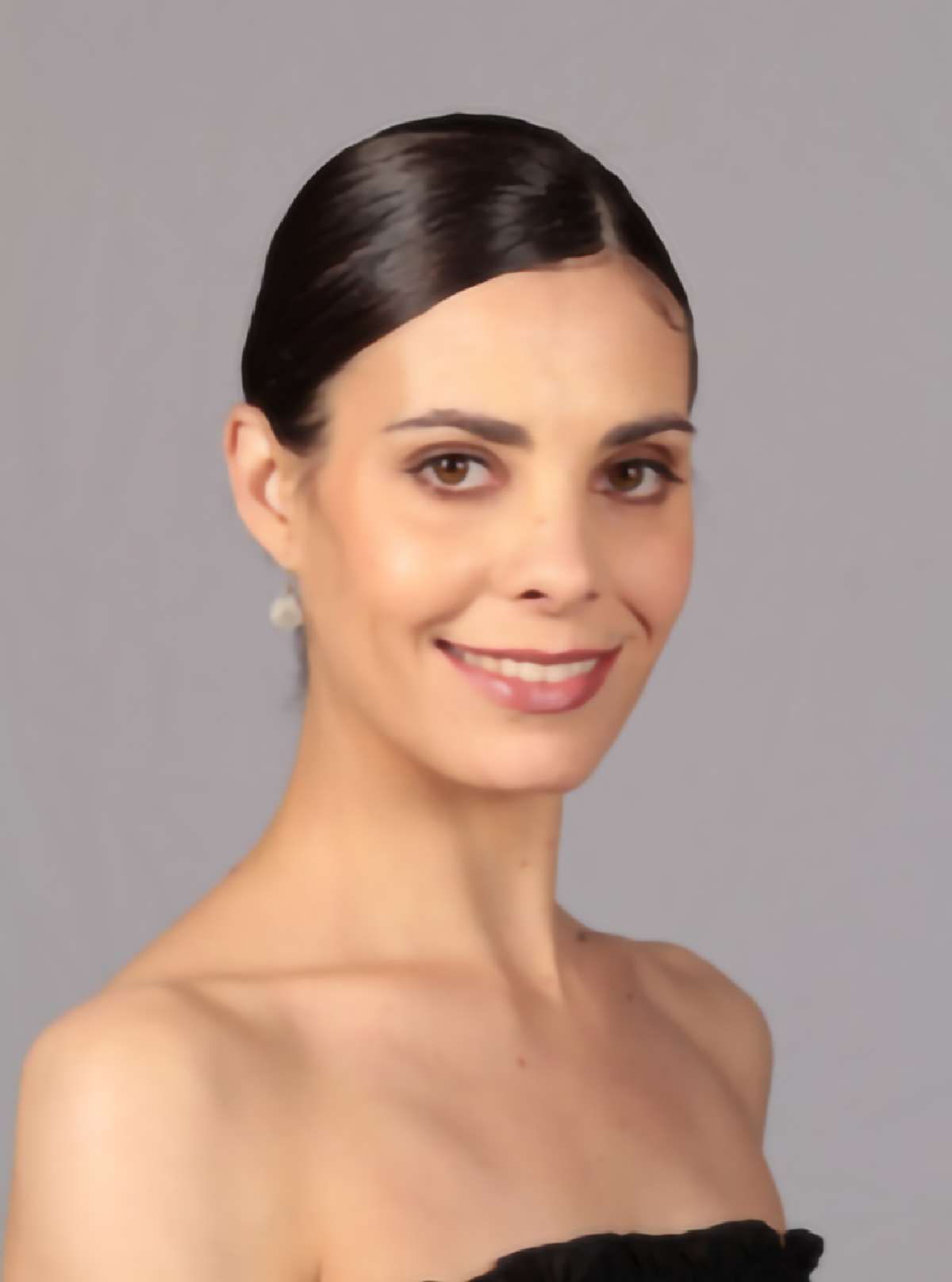 Tanzanite Ten is a neo-classical dance work that looks at the structure and architecture of our human existence. At times we are propelled by a common goal like a team, and at other times we pair off into relationships. As humans, we chose to direct our lives forward either as a whole or in our inter-relationships. The hidden language in this work is about building and establishing our futures. It’s about moving beyond the rules and strict measurements and expectations which we all adhere to in some way to keep the cogs turning, either at work or in our personal lives.

A thematic Duet drawing inspiration from the Ying and Yang – a concept in which all things exist as inseparable and contradictory opposites: female-male, dark-light, and old -young. As their symbol illustrates, each side has at its core, an element of the other. Neither pole is superior to the other and, as an increase in one brings a corresponding decrease in the other, a correct balance between the two poles must be reached to achieve harmony.

TITLE:  First Light
Choreographed by: Heather Dreyer
MUSIC: Mad Rush composed by Philip Glass,
DURATION: 9 min
The rising sun’s rays and embers limber in a slow dance. When the first light breaks, we are promised a new day. Morning announces endless possibilities, the chance of finding or losing love, experiencing great passion or small joys, or the promise of freedom even if it is fleeting. The potential of life’s offering is whispered by the hues of light breaking through and radiating across the sky. Dance exists as nature’s mirror, as life finds a home within us. It calls us back to ourselves, allowing us to feel life’s infinite manifestations, even if only for a fleeting moment.

DURATION: 10 min
I was interested in the way that dancers express themselves uniquely and how the public often regards us as eccentric in our habits because of our strong need to move and dance. Even dancers who don’t like to speak in public are usually quite happy to bare their souls on a stage if it is through movement. There is a deep connection to yourself and the audience when on stage that is difficult to explain and which is very hard to let go of when you no longer perform. We all create a movement language that is unique to ourselves, depending on the various abilities and limitations of our physical bodies, our backgrounds, our training, and how we feel at any given movement. I find this fascinating in the individual dancer and also challenging in putting them all on a stage together.

TITLE: COMUNIDAD (COMMUNITY)
Choreographed by: Gillian Bonegio
MUSIC: Traditional
Guitarist: Raul Bonegio
DURATION: 10 min
We are unique individuals. We are friends. We are a team. We encourage each other . We are family. We are one.

TITLE: Listen
Choreographed by: Sunnyboy Mandla Motau
MUSIC: Teboho Letele and Sunnyboy Motau. Happiness doesn’t wait olafur arnald/spirit of the wild brunuhville/and voices of students.
DURATION: 12 min
This piece is inspired by what dance means to each and every Dancer/choreographer  in this production and how dance as an art form has turned into a common language of expression which is  limitless and it speaks to the deeper/inner ear doesn’t matter the age, race, size but the  Freedom of the mind, body & soul.

CONCEPT/THEME AND RELATION TO HIDDEN LANGUAGE:

CONCEPT/THEME AND RELATION TO HIDDEN LANGUAGE:

MUSIC:  U Know by Jaden and Willow Smith

Piece is about the respecting of differences in regards to social issues, examples being homophobia, xenophobia, etc. The use of different dance styles represent the different types of issues as they all come together to possess respect and acceptance. Love is the hidden language.

Sean Bovim – is an award-winning South African dancer, choreographer, founder and Artistic Director of Bovim Ballet – a Company with many different talents and dance skills, which include Ballet, Contemporary, Hip Hop, Tap and Musical Theatre.

Sean’s neoclassical Rock Ballet Company, Bovim Ballet, has had 20 Seasons with performances at The Baxter, Artscape Theatre in Cape Town, the Oude Libertas Theatre in Stellenbosch, the Port Elizabeth Opera House, Bloemfontein’s Sand Du Plessis Opera House, the Playhouse in Durban, the Lyric Theatre in Johannesburg, and in 2014, a sold out season at the Mandela at Joburg Theatre for a 3 week season of Queen at the Ballet. His choreographic and directorial creation, Private Presley, enjoyed three sold-out seasons in Cape Town in 2012 & 2013 and 2015. It was also performed at the Mandela in Johannesburg in 2015. His work Romeo’s Kiss which premiered in 2010 was re-staged in 2016 in Durban, with a collaboration between The Playhouse Residency and Bovim Ballet. Amongst some of his works are Scaffolding, Tango Nights, SwingTime, Tanzanite Ten, Sven’s Cupboard and Cicadas. His works have also had International Exposure with Queen at the Ballet in Ireland at the Point Theatre in Dublin and his   work Cicadas was seen in New York at the Alvin Ailey School of Dance Theatre. His work I’ll say goodbye Tomorrow was also toured to Russia and was performed at the Mariinsky Theatre in St Petersburg.

Sean has just been employed by Cape Town City Ballet to re-stage his 2003 Ballet, Swingtime at the Ballet and it was performed to great reviews and excitement at The Artscape theatre during CTCB’s holiday season in Dec/January 2018/2019 season. This ballet moves to Maynarville Open air Theatre with performances from the 23- 27 January 2019 and will be fittingly called Swingtime in the Park.

Sean has worked on several Operas with UCT School of Opera as well as Cape Town Opera. Operas that he has choreographed include Viaggio, Rakes Progress, Tales of Hoffman, La Traviata and many more.

Sean has also choreographed for numerous corporate events, television commercials, pageants and music videos for some of Africa’s leading entertainers and brands. His ability to work under pressure and deliver a product that represents what the client is looking for is what sets him apart. Some of Sean’s Corporate clients include Audi, Mercedes Benz, Jaguar, MTN, Nedbank, Investec, Fiat, GLO (Nigeria) and JUMIA (Nigeria). Artists include Loyiso, Flava, P-Squared, RJ Benjamin, Nianel, Bala Brothers, Sipho ‘Hotstix’ Mabuse, Sterling EQ and many more.

Sean inspires dancers and teachers to stretch their boundaries, to experiment with movement and in the process, open up the art of dance to a wider audience. www.bovimballet.com